Recent Approvals in Immunotherapy Options for Patients with Lung Cancer 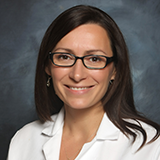 For NSCLC, Durvalumab Was Newly Approved, and Pembrolizumab Was Approved for an Additional Indication

In February 2018, durvalumab was newly approved for patients with stage III NSCLC whose cancer cannot be removed by surgery and whose cancer did not progress after at least 2 cycles of platinum chemotherapy and radiation therapy.5 The interim analysis of the PACIFIC trial using durvalumab monotherapy led to this approval. Progression-free survival (PFS) was the major efficacy measurement in this clinical trial. PFS was significant in this study at almost 17 months for patients receiving durvalu­mab compared with about 5.5 months for those receiving placebo. Recently updated results show increased overall survival (OS) with the addition of durvalumab.6

Pembrolizumab was initially approved by the FDA in 2015 for the treatment of patients with metastatic NSCLC whose tumors express PD-L1 and whose tumors progressed on platinum-based chemotherapy.

Pembrolizumab approvals in lung cancer include:

Pembrolizumab works by targeting PD-1. PD-1 is a protein found on immune system T cells. The job of the PD-1 protein is to prevent these T cells from attacking normal cells in the body. By blocking PD-1, pembrolizumab allows the immune system to attack the cancer cells to shrink tumors or slow their growth.10 Thus far, it does not appear that there is a major difference in efficacy or toxicity between PD-1 inhibitors (pembrolizumab, nivolumab) and PD-L1 inhibitors (atezolizumab, durvalumab).

For Small Cell Lung Cancer (SCLC), 1 Immunotherapy Drug Was Approved in 2018 to Date

In August 2018, nivolumab received another approval in lung cancer: an accelerated approval for third-line treatment of metastatic SCLC. It is now approved for patients with metastatic SCLC whose cancer worsened after platinum-based chemotherapy and 1 or more other lines of therapy.11 This is the first immune checkpoint inhibitor to receive FDA approval for metastatic SCLC.

This approval was based on positive results from the CheckMate-032 study using nivolumab with or without ipilimumab for patients with metastatic solid tumors. One subgroup was the metastatic SCLC in whom platinum-based therapy and at least 1 other prior line of therapy failed, regardless of tumor PD-L1 status. Overall response rate (ORR) and duration of response according to RECIST v1.1 were the major efficacy end points for this study. With nivolumab monotherapy, the ORR was 12%. Of the 13 patients who responded, more than 75% were stable for ≥6 months, more than 60% were stable for ≥12 months, and almost 40% were stable for ≥18 months. In this study, the PD-L1 tumor status did not predict response.12

Similar to pembrolizumab, nivolumab also targets PD-1. Prior to 2018, nivolumab was indicated for metastatic NSCLC whose tumors progressed on platinum-based chemotherapy.

The Future of Immunotherapy in Lung cancer

Atezolizumab is another PD-L1 immunotherapy, initially approved by the FDA in 2016 for the treatment of patients with metastatic NSCLC whose cancer progressed during or after platinum chemotherapy. Results from the IMpower133 trial using atezolizumab combined with carboplatin and etoposide in untreated, extensive-disease SCLC showed a survival benefit compared with chemotherapy alone, with a median survival of 12.3 months versus 10.3 months.13

The FDA is currently reviewing data from the IMpower150 study, which randomized metastatic nonsquamous NSCLC patients to avastin/carboplatin/taxol ± atezoliz­umab in the first-line setting. This study showed median survival of 19.2 months compared with 14.7 months in favor of the atezolizumab arm.14

The FDA is also reviewing data from Checkmate 227, which randomized metastatic NSCLC patients to the nivolumab/ipilimumab combination versus conventional chemotherapy and whose tumors had >10 tumor mutation burden/megabase pair. In this subset of cancer patients, the immunotherapy combination produced a median survival of 23 months compared with 16 months with chemotherapy.15

Immune checkpoint inhibitors have become an integral part of lung cancer treatments. They have shown meaningful survival benefits with or without conventional chemotherapy. Future directions will include utilizing immunotherapy in earlier-stage cancer settings to increase cure rates, improving efficacy of immunotherapy with the goal of producing durable remission, and ultimately cure in patients with advanced-stage lung cancer.