What Your Patient Needs to Know About Immunotherapy 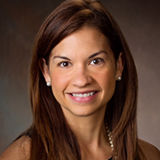 Immunotherapy drugs are being approved for the treatment of more and more cancers and are making significant improvements in the lives of many patients. As a result, it has become vital that the oncology team, and navigators in particular, educate themselves and their patients on the mechanisms and side effects of these drugs, according to Morganna Freeman, DO.

“When a patient is given a diagnosis of cancer, whether it’s early or at an unresectable metastatic stage, it’s a very fearful time for them,” said Dr Freeman at the 2017 Academy of Oncology Nurse & Patient Navigators (AONN+) West Coast Regional Meeting. “In thinking about choices and side effects of therapy, it’s important for clinicians and others to put themselves in the patient’s place and think about how they would want that fear and uncertainty addressed.”

Using the immune system to treat cancer and keep it in long-term remission has gone so far as to change the way many people view the disease, shifting the outlook from one of fear and uncertainty to one of hope and possibility. Success stories are making their way into the lay public, and that is enabling patients to ask about immunotherapy. “So if they haven’t asked about it already, they will,” she said.

Because of its recent visibility in the lay press, patients have questions about the benefits of immunotherapy. According to Dr Freeman, Associate Director, Melanoma and Cutaneous Oncology Program at The Angeles Clinic and Research Institute and Cedars-Sinai Medical Center in Los Angeles, CA, the first thing to make clear to patients is that chemotherapy is not immunotherapy, and vice versa, and not every patient will benefit from immunotherapy in the same way.

Checkpoint inhibition unleashes the immune system on cancer, effectively killing off the cancer and allowing immune cells to “remember” what cancer looks like. “This is what allows patients to stay in remission for months or even years at a time, because you’ve almost effectively immunized that patient against their cancer,” said Dr Freeman. “It’s a pretty extraordinary thing.”

According to Dr Freeman, between 8% and 10% of patients fall into the extraordinary responder group, 30% to 40% respond and relapse, and approximately 50% of patients never respond. “As members of the oncology healthcare team, we thrive on optimism, and we always want to focus on that 10% chance that we’re going to get a patient into remission,” she said. “But where a lot of work needs to be done in immunotherapy is in getting those never responders to become either responders or extraordinary responders.” The oncology community is working toward greater predictability on response rates through the study of biomarkers.

Expression of the PD-L1 biomarker has become an important prognostic factor in a variety of cancers. “When the immune system arrives at the scene, the tumor’s way of defending itself is to upregulate PD-L1,” she explained. “When PD-L1 is overexpressed, that means you at least know the immune system is on the scene.”

Cancers with higher PD-L1 expression seem to be more likely to go into remission with the use of immunotherapy drugs, although this varies by tumor type. For example, pembrolizumab has been shown to be clinically useful in patients with lung cancer who have a tumor PD-L1 expression greater than 50%. “But the tricky part is that PD-L1 plays a clear role in some, but not all cancers,” she noted. Further research is needed to determine certain cancers in which PD-L1 expression plays a major role.

Since immunotherapy drugs are designed to unleash the immune system, immune-mediated side effects may occur, so it is important to weigh the patient’s potential side effects, preferences, comorbidities, and time expected on therapy against his or her prognosis for relapse and potential risk reduction with a certain therapeutic choice.

In regard to immune-related adverse events (irAEs), Dr Freeman tells her patients that early recognition translates to effective treatment. Therefore, it is crucial that patients and family members be taught about irAEs before starting therapy. “This is something that can make the immune therapy discussion a bit more nuanced than conversations about chemotherapy,” she said.

Unlike with chemotherapy, the side effects of immunotherapy drugs can be delayed, and onset tends to occur weeks to months after starting treatment. Some irAEs may present solely as lab value changes, and no prospective data exist on who is susceptible and who is not. Additionally, some side effects may develop after completion of treatment (ie, arthralgia, myalgia), and any organ system is vulnerable to irAEs. “If it’s an ‘-itis,’ it can happen,” she said.

As a larger and more diverse patient population begins treatment with immunotherapy drugs, the possibility for rare and possibly life-threatening side effects is becoming more of a possibility. She cautioned that providers should monitor their patients for these irAEs for a longer period of time. Various management algorithms and tools (ie, CTCAE-4 app, Medscape) exist to aid providers in the recognition and treatment of irAEs.

Treatment of irAEs is tailored to severity, and providers should be prepared for questions on next steps if treatment is withheld. “This creates a lot of anxiety for patients, but I tell them we know from trials that if a patient is having an ongoing immune-related adverse event, the likelihood that their immune system is also working against their cancer is pretty high.”

Moving Beyond Side Effects

Comprehensive Cancer Network, the Society for Immunotherapy of Cancer, and pharma.

“Patients have heard these amazing stories, so being able to talk to them intelligently about this is important,” she said. “But I honestly think the sky is the limit with these drugs. It’s exciting and extraordinary, and collectively, as an oncology community, I think that excitement and enthusiasm is shared.”