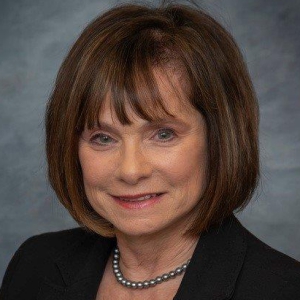 Paget’s disease of the breast is named after the 19th-century British doctor Sir James Paget, who, in 1874, noted a distinct connection relationship between cancer of the breast and the nipple.1 It is considered one of the rare forms of breast cancer and is often misdiagnosed when first noted. Typically noted in older, postmenopausal women, it comprises approximately 5% of all breast cancer cases diagnosed.2 The eczematous presentation of Paget’s disease of the nipple is the most misleading feature of this disease. Such patients are usually mistakenly treated by the primary care physician for eczema. The initial skin changes of Paget’s disease of the breast may appear relatively benign, and many individuals may overlook such symptoms, mistakenly attributing them to an inflammatory skin condition or infection. As a result, diagnosis may be delayed, often up to 6 months or more. Most individuals with the condition eventually seek medical attention, but generally only after other topical modalities have been used. This may lead to progression of disease, eventually resulting into an associated lump with enlarged axillary lymph nodes.3

Symptoms of Paget’s disease of the breast can be very similar to benign skin conditions and can include any of the following:

It is not uncommon for there to be multiple symptoms with varying degrees of resolution with topical treatment.

Suzanne R is a 69-year-old female with no personal or family history of breast cancer. She presents to her primary care physician to evaluate a “rash” on the right nipple. She has noted this for the past 6 months and had been applying alcohol and Neosporin to the site without much success, and the rash seemed to spread across the nipple areolar complex. She stated that it was “itchy” and had a small amount of clear to yellow nipple discharge. Her family physician diagnosed a case of eczema; however, there was no response to treatment. Physical examination did not reveal any palpable lump in any quadrant of either breast. There was no axillary lymph node enlargement on either side. She was subsequently referred to a dermatologist who performed a punch biopsy of the affected skin that resulted in a diagnosis of invasive carcinoma with overlying Paget’s disease of the nipple. In the next phase of care, she underwent bilateral mammography with tomosynthesis, PET/CT scan, and bilateral MRI to rule out multicentricity. There was no suspicious imaging to suggest metastasis, lymph node abnormalities, or other areas of concern within the breast tissue. This was very reassuring to the patient in deciding her ultimate treatment plan.

Because these underlying malignancies tend to be multifocal and multicentric, mammography often is not sufficient, and an MRI may be necessary to evaluate the true extent of the disease.4 Treatment of this form of breast cancer is typically multifactorial in that clear margins versus final cosmesis must be considered. As this is generally located in the central part of the breast, it may be difficult to preserve the nipple areolar complex, and simple mastectomy with sentinel lymph node dissection is often the best approach.4 It has been noted in recent literature that both total mastectomy and breast-preserving surgery followed by appropriate adjuvant therapy are acceptable treatment options for carefully selected patients with Paget’s disease.

After surgery, radiation therapy and perhaps chemotherapy, targeted therapy, and/or hormone therapy may be recommended. About 97% of people diagnosed with Paget’s disease of the nipple also have ductal carcinoma in situ or invasive cancer somewhere else in the breast.5 The exact treatment plan will depend on the characteristics of the underlying breast cancer—such as stage, grade, and whether the cancer is hormone receptor–positive and/or HER2-positive. As in other breast cancer diagnoses and treatment, a consultation with a medical oncologist would be prudent.

Suzanne was at first quite troubled by her diagnosis and sought several surgical opinions before opting for a simple mastectomy. She consulted a plastic surgeon, and it was agreed that she would have an expander placed, with a permanent implant to be exchanged at a later time. All aspects of her surgical care were uneventful. The nurse navigator was an essential part of her cancer care team and was available for support, resources, and information. With the assistance of the navigator, the patient was prepared for surgery, referred to a support group, and given information on financial assistance.

As with any breast cancer patient, the navigator plays an important role in the support and coordination of care. Patients with Paget’s disease are no different. However, there are times when a patient may first be shaken by a diagnosis of cancer that might have been primarily treated as a dermatologic issue. After an introduction, the navigator should begin to establish a relationship of trust and empathy. This early introduction will allow for the coordination of care with the multidisciplinary team and give the patient confidence that the navigator will act as her advocate in all areas of treatment, which could lead to improved adherence to the care suggested.6 In this particular patient case study, the patient was not prepared to have a diagnosis of cancer. She berated herself for the delay in getting a biopsy and was concerned about the types of surgery and treatment she would face. When her imaging reports were available, there was a lessening of anxiety, and the patient was able to move forward with her decision for treatment.

There is abundant literature about the navigation role and the positive impact it can have on patient outcomes and continuity of care. Despite the rarity of Paget’s disease of the breast, the breast care navigators can validate their essential role as partner and advocate for patients at the most vulnerable of times.

Related Articles
Improved Health-Related Quality of Life Reported in the ASCENT Study
2021 Year in Review - Breast Cancer
In the phase 3 ASCENT study, Trodelvy was demonstrated to significantly enhance quality of life compared with standard of care in second-line and beyond metastatic triple-negative breast cancer.
Patient Education Around Trodelvy
2021 Year in Review - Breast Cancer
Patients need to know why they are taking Trodelvy, the indications for which include metastatic triple-negative breast cancer. They should be educated on the benefits of Trodelvy along with potential side effects associated with treatment, including guidance on how they can manage those adverse events.
Learn More About Trodelvy Patient Support Services
2021 Year in Review - Breast Cancer
Trodelvy Access Support is a patient access and reimbursement support program that will help you and your patients understand reimbursement and specific coverage guidelines for Trodelvy.
Last modified: February 25, 2021